The end of 2016 is near, a few more weeks to go. How will this look like for you? Are you hitting budget this year? Sometimes it is good to be reminded of how to increase your spends! I have summarized 10 basic elements which will help you to increase spends in your shops.

Since the holiday season is about to start, the next post will focus on driving sales during the holidays! 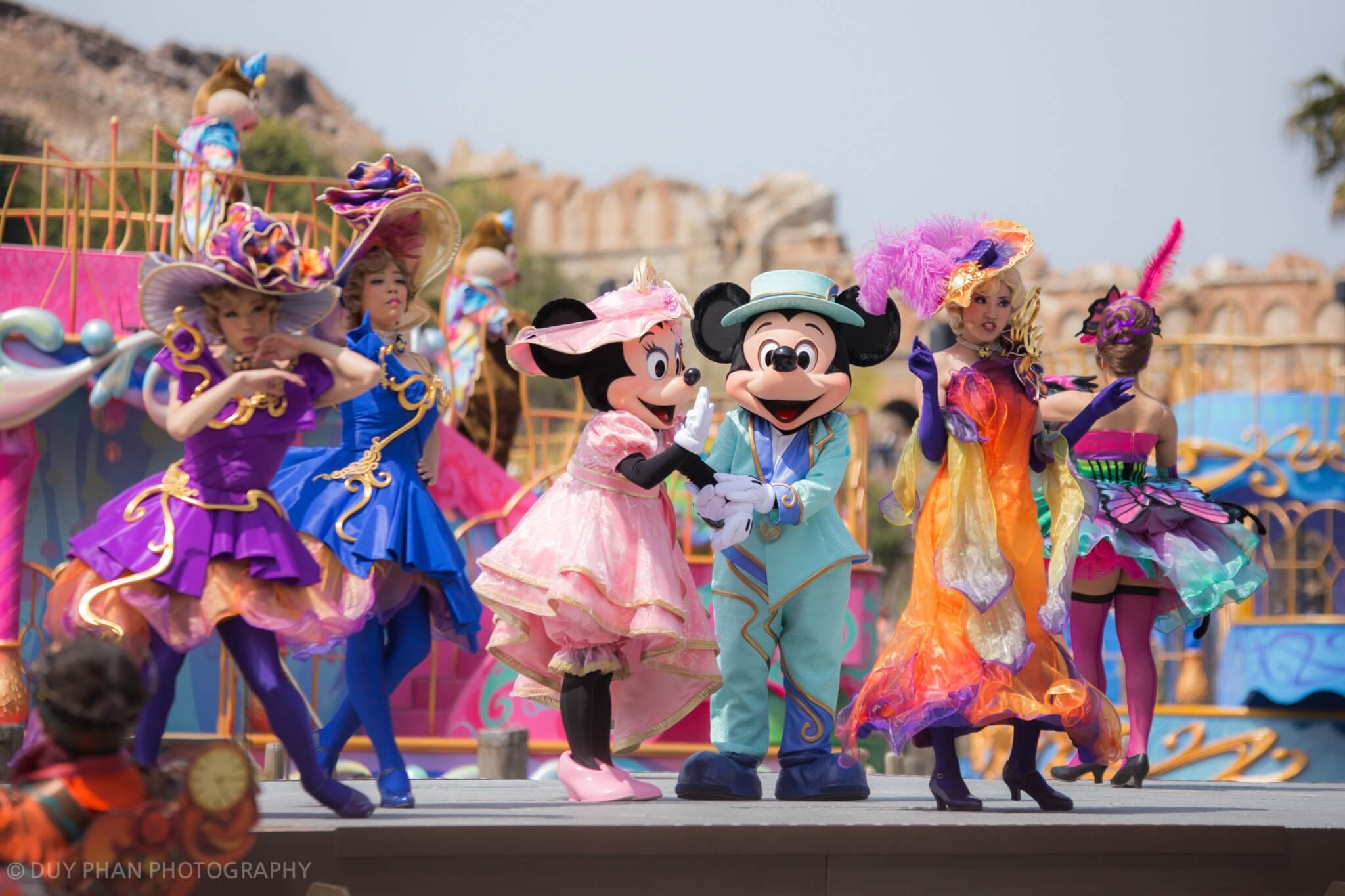 During my visit to Japan I took the opportunity to experience two major theme parks: Universal Studios in Osaka and Disney SEA in Tokyo. As you can imagine expectations were high since I have visited both premium brands in other countries. Really excited to visit these parks! Not only from a professional point of view also as a theme park fan.

Both parks impressed me on theming, entertainment and cleanliness. However END_OF_DOCUMENT_TOKEN_TO_BE_REPLACED 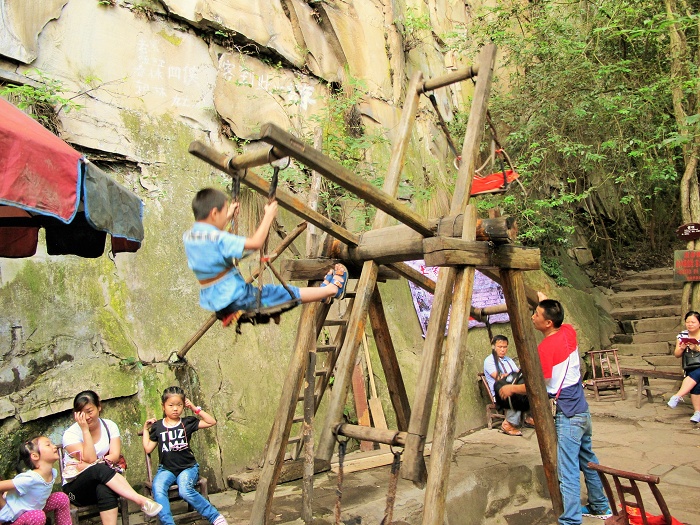 It is 6 weeks already since I have left Amsterdam to explorer the Asian theme park and attraction market. And although I have visited a couple of theme parks over the last years in Bangkok, Hong Kong, Kuala Lumpur and Beijing (read the post about Happy Valley here), Asia keeps surprising me. Last year I did set the goal to relocate to Asia but did not want to settle in China (based on a 3 week holiday trip, which is obviously not really showing the real China). This time China really got me. Due travelling on a budget I pushed myself to blend more with local (tourists) and eat, sleep and travel like a local (as a matter of fact: I write this post during a 10 hour train ride on a standing ticket, yes standing means really standing or sit in the aisle if you beat the competition by running at the platform like I did). Must admit it is far from comfortable but this is China: be flexible and you will enjoy the country, people and all what is crossing your path. And maybe the most important reason for now: it gives you time to observe the behavior of people. Which you should know is totally different from the rest of Asia.

Culture, People and Behavior
The cultural difference between the East and the West is the most important element to keep in mind when driving business or setting up a tourist attraction in China. Although I don’t consider myself as a cultural guru and there are books describing the Chinese culture better than I do. When it comes down to driving spends in tourism destinations it is about understanding guest behavior. Culture affects behavior (or does behavior results to culture?) what will impact your strategy to attract visitors and make them spend within the attraction. READ MORE

Everyone working in your store… don’t forget this! They all should be trained on your VM principles or at least be aware what the importance of Visual Merchandising is. If you need a dedicated Visual Merchandising supervisor, manager or coordinator (still being confused due different titles doing the same tasks but ok) depends on the size of the store and net profit. However the return on investment (ROI) should be an easy calculation. Anyway there should be someone responsible for VM within the business whether it is the Store manager, Retail manager or the Visual Merchandising Manager. END_OF_DOCUMENT_TOKEN_TO_BE_REPLACED

Not a long story just key words this time which will drive your sales no matter how busy your store is!

Read more on the key elements in Retail here 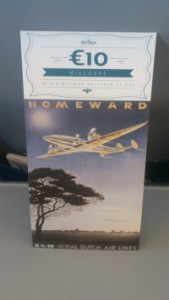 Amsterdam Airport: time to leave the country! This time not for work but for a once in a life time experience: travelling the world for the next 9 to 12 months together with my wife. Exploring culture, nature and the theme park industry on the other side of the world.

We are heading to the KLM lounge to get some drinks prior boarding. Nothing special to post about the lounge since all services are complementary. Once on 33.000 feet after our breakfast KLM started to increase the Average Transaction Value with their inflight shopping program: Sky High Collection. I fly frequently with KLM and used to see the shopping cart being pushed through the isle after the announcement via the speakers. I always wondered what the average spend onboard was. Actually I still do since I have never seen any passenger purchasing a Mont Blanc watch or KLM merchandise. Of course I have seen passengers on flights like Ryan Air or Air Asia spending on board but that was on food. END_OF_DOCUMENT_TOKEN_TO_BE_REPLACED

One of the easiest ways to drive your sales is by implementing the upsell strategy. You should be familiar with upsell since you are facing it on a daily basis! Whether you buy your lunch or you need to refuel your car. Upsell is part of the daily sales tactics which will increase the average transaction value and therefore must be part of your retail strategy. If you never heard of upsell than you can start to improve your business from today. END_OF_DOCUMENT_TOKEN_TO_BE_REPLACED

Preparing myself for the trip to Asia I was clearing my apartment and found some gift cards from ‘de Bijenkorf’ a premium department store in The Netherlands with shop-in-shop formulas from Nike to Gucci. I needed a pair of sneakers and a Lonely Planet of Indonesia. I was hunting for sneakers quite a while now and visited several sport stores before deciding to go to the Flagship Store in Amsterdam. As usual I checked the webshop first to take a look at the assortment and found some nice ones online. Knowing what I want it was time to pay a visit. END_OF_DOCUMENT_TOKEN_TO_BE_REPLACED

Guests entering the store in a Theme Park usually are forced or have time left to cruise your store. Not particularly to shop but more from curiosity and as an extra activity what makes it a different customer journey. We could say our stores and other commercial areas should be approached as the extra attraction. END_OF_DOCUMENT_TOKEN_TO_BE_REPLACED

One of the most important elements in retail is analyzing the performance. Retail analytics is your key to success..! At least when you analyze the right data and use the outcome the right way.

Working for different businesses the last couple of years I have heard multiple excuses from retail operators why analysis are not executed. The most surprising argument was from a premium aquarium brand in Europe: ‘I do not have the time to analyze and I just need good products’. At that time the retail store performance was down to budget and previous year. The aquarium is part of a global brand and due to the declining trend over the last 2 months Head Quarter starts asking questions why the performance is not meeting the expectations. According to the attraction manager the performance was down due the poor assortment however, in general, the assortment had not been changed verses the year before. But the attraction manager was influenced by sales hosts telling the manager that products are missing for a couple of weeks. This was confirmed by the retail manager which just ended a sales shift at the shop (usually the retail manager does not work at the till however due the current performance the attraction needed to cut costs). When I compared the current performance verses the better trading periods there was an obvious reason why trading was below expectations: 60% was due missing products which were available to reorder however somehow this has not been done. Probably because sales performance was not analyzed frequently and stock was not managed properly. The other 40% was due changes in routing, pricing, promotions and replenishment. If the attraction manager or retail manager did run a proper performance analysis there was no need to cut costs and we could skip the complete discussion on the retail store performance. Most time consuming were the daily discussions on the retail performance. Of which the attraction manager complained about making the circle complete.

I believe investing in Retail Analytics is one of the best investments you can do. Outcomes will give you information what actions you need to take and will unleash the unnecessary pressure of the unknown. I analyzed the performance from the other side of the continent in less than a day. And the attraction gained back their precious time and was ready to hit budget again.

How often do you analyze your performance?