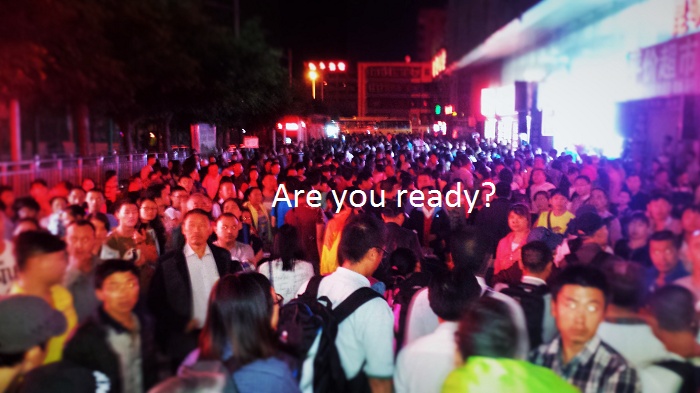 Before reading this post, make sure you have read my post The Chinese tourist: a cultural difference. Over the last weeks I have visited tourist destinations in China were 20 million visitors annually is the norm. Just think about it: 20 million, that is the complete population of The Netherlands and even then you are 3 million short. In some parks it seemed we were the only foreigners which made us an additional attraction (read: photo set). But it also helped a lot observing behavior and the needs of the Chinese tourist. Making it slightly easier to understand the expectations of this interesting market group. In 2014 the number of Chinese visiting an overseas country increased with 19.49% over 2013. With the increasing salaries we can expect this trend to be continued. So be prepared! I have described the cultural difference between the West and China already which has a major impact on how you should target the Chinese tourist. In this post I will give you my personal view on how you should trigger the Chinese tourist when visiting your theme park or tourist attraction. READ MORE